Well, the time is finally here. Guns of Liberty has been 4 years in the making and it finally has a cover! 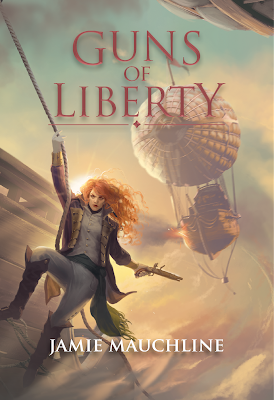 Rachel Masters on the cover looking like a bit of a bad ass. I always imagined her on the front cover with a look that could melt the face off a puppy--I think Giselle really nailed the essence of the character in this piece. So, where to from here? I still have a long road 'til launch. But Guns of Liberty is firmly in post-production phase now--all the interior design has been completed and the cover wrap around is being finalised. I still have to figure out and set up distribution and printing, and get my launch schedule sorted. Things are moving quickly!

Guns of Liberty will be launched in summer 2019.

If you'd like to receive news on when it goes live for pre-order and release, I have set up a mailing list! You can find it at the bottom of this page, or you can visit Guns of Liberty's fancy new homepage here.

As an additional bonus/bribe for signing up to my mailing list, I'm offering the first two chapters of Guns of Liberty for free to read, right now!

Stay tuned for more details and posts in the future. Cheers.
Posted by TheNonsenseFactory at 01:25
Email ThisBlogThis!Share to TwitterShare to FacebookShare to Pinterest

5 things I leaned from learning to edit.

5 Things I learned from learning to edit;
Or, what I wish I'd known from the start.

I've been writing ever since I was (gently) informed that a story is not a collection of words about space. I finished my first novel when I was 15, and have drafted many more since then. But, in twenty-odd years of writing, I never bothered to learn one of the most important skills that every writer needs:

Editing. In case you hadn't guessed from the overly verbose title.

Recently, I finished editing my first book that I've ever edited (unless you count running spell check over a draft, while wondering how is it humanly possibly to produce so many errors in a single document, to be editing.) It took four years from the time I wrote The End to clicking send on the email that made it my editor's problem for the next two months.

Why did it take so long? Because I'd never learned to edit. I'd never failed to edit, I'd never discovered what works and what doesn't. So, for everyone out there just getting started on their own editing in the wake of November, here are some of the things I learned from learning to edit.

If you're a pantser I hope this doesn't make you squeamish, but the biggest mistake I made was not having a solid plan before I began to edit, and it cost me the most time of all.

The first thing I'll be doing now is reading through and noting every single thing that needs an edit. After all, if you don't know what's wrong with your book how can you begin to fix it?

This is the core tenant for my editing process, and the rest of the list builds off of it.

This is something I failed to do until my 7th draft. I tend to write front to back, so logically I started editing this way. But plot elements show themselves all over the place, and things get missed or pushed back to fix later because they rely on other scenes to be edited first.

Rather, once you have a list of things that are broken, you then need to order that list in terms of Most Important to Least Important.

Unfortunately this often corresponds with Most Difficult to Least Difficult tasks, which is probably why I avoided this method for so long.

I sort issues in the following priority: Plot, Character, Story, World, Prose. Any scene with a Plot Issue gets bumped to the top of the list, and all the affected scenes get ordered underneath. Then it goes to scenes where character arcs need the most edits, and so on.

When it comes to editing a scene, I fix everything on the list in one go. And because I planned all my edits I know exactly what I'm fixing going in!

A caveat to editing out of order is that you need to know your book really well. Sorry pantsers, you need an outline if you're going to edit this way.

I knew of this advice around the time I reached draft 3 or 4, but at that point I'd put so much work into my book I didn't want to commit to a rewrite.

I didn't rewrite until draft 6, and it's one of the most important steps I had to make.

When you're editing, you stare at words for hours on end. Your brain knows what you've written, and you're prone to skim read and not pay full attention. Rewriting simply engages your brain on the words in front of you.

Also, when you've got hundreds of pages and multiple plots to work with it can feel fixed and brittle. It's like trying to rearrange a house of cards without the whole thing falling down--so you edit with a careful hand. But by rewriting you start to loosen things up, and make the story malleable again. You can shape it and fix the underlying issues without fear of collapse.

I didn't start using beta readers until around the 4th or 5th draft. Having betas had the biggest impact on the overall quality of my book. And it has been the most fun part of the process, for two reasons:

Getting compliments on your work is a huge motivator to press on. It helps you see that you're moving in the right direction. And, if you're like me, criticism does just the same. It gives direction, and lifts some of the fog when you get to glimpse reader's thoughts.

And secondly, my betas were authors also, and we'd read each other's manuscripts. This took up a lot of my time, but it was also extremely valuable. I learned a lot about how to quantify my own opinions and thoughts on writing (though sadly it didn't make me any less verbose--probably made it worse). And I learned a lot about my own process through it, and how it differs from that of others. I also discovered that I enjoy passing on knowledge to others, which is why I'm here now!

For my next book, I'm definitely starting the beta process after the initial rewrite.

5) Listen to your gut feelings

When it comes to large edits, especially when beta feedback necessitates changes, my first reaction was often: this is too much. To fix this is going to cause broad, sweeping changes that will require months of rewrites and plot changes, and editing character arcs and rewriting some of my favourite scenes.

It all gets overwhelming rather quick. I was willing to change almost anything to get my book in a place I was happy with. Yet, these grand changes were daunting.

It was often cause for despair for a week or two. Every attempt made had my subconscious screaming bloody murder, and fighting tooth and nail not to make the changes. Then, inevitably a simple solution would emerge. It turns out those enormous problems have a safe and simple solution that don't require the book to be gutted and reworked.

My subconscious is usually right when it comes to edits. If you really don't want to make a big change, stop and listen, and maybe you'll find an easier way just around the corner.

This is the vaguest item on the list. But I managed to get away with rewriting the entire character arcs of my two main protagonists without having it affect the course of the plot in a major "sorry you need to rewrite this now" way. Your book is a lot more malleable than you think it is!

In summary, I write way too much. But also, the self-edit is a very important part of the writing process. I think it is often neglected by younger writers, who tend to focus on the skill of story weaving and planning. But, if you ever want to finish your books, then editing you must learn. And the sooner you get started the sooner you'll make your mistakes, and the sooner you'll develop your own methods.

I hope this overly verbose mind dump has given you at least a leg up when it comes to starting your editing process!

My final thought is that if you love writing, then learn to love editing too. Because editing is a part of the process. Every other author is going through the same thing; which is all the more reason to start hoarding beta readers, and other writing critique partners! They can be your friends and allies through the trials of editing, and help make sure you're headed in the right direction.

Thank you, and write something every day.
Posted by TheNonsenseFactory at 00:09
Email ThisBlogThis!Share to TwitterShare to FacebookShare to Pinterest
Newer Posts Older Posts Home
Subscribe to: Posts (Atom) 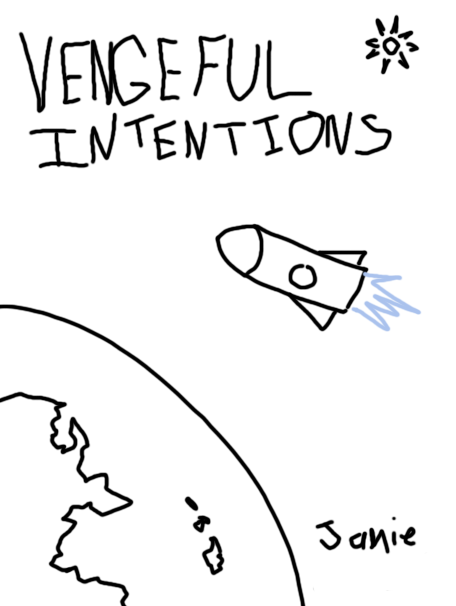